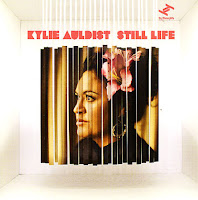 This kind of soulful pop music is often deried as "cafe lite". As in, it initially sounds sweet and entertaining, but upon closer inpspection ends up sickly saccharine, or lamely boring. In truth, it's an exceptional artist who can pull off this sound consistently, as it is a fine line to tread. Luckily for us, the close collaboration of vocalist Kylie Auldist and producer Lance Ferguson is more than capable of such consistency. They've been quietly building an impressive body of work via no less than five Bamboos albums, and now Auldist's third solo record. Still Life continues in the vein of her early work, with heartfelt and emotive tales of life, love and loss, backed by full-bodied instrumentation and production. Ferguson has always had a way with a clever pop song, but some of these tracks, particularly the huge Daydream, sound like stadium anthems to rival Duffy and Adele. Balancing that are tracks like Letterhead Life, which references '50s doo-wop and soul ballads, and (a cover of The Black Keys' track) Howlin' For You, which channels John Lee Hooker via Prince Jammy. Auldist and Ferguson are music lovers with life experience, and they write consistently good pop music, with a broad stylistic reach. So it's one of life's cruel ironies that such consistency has probably hindered them from reaching further levels of fame; particularly in this age of one trick pony production line gimmickry masquerading as music. This stuff is proper pop music, and its creators should be celebrated in far greater fashion than they are/ Spread the good word, folks.

Check out the track Howlin' For You here, or in the player below...

Kylie Auldist - Howlin' For You by Fuse Group Australia
Posted by Your Bro 90 aka David Carroll at 4:15 PM