It's been quite some time since I've actively updated this page. I blame summer. And my desire to spend as much time outdoors during it as possible. As the air gets a little cooler and the days a little shorter, I find I have much more time to burn online. So, let's get cracking!

This is the first in an ongoing series I'm calling 'Five Albums'. The drill is simple: each time a special guest will select five albums which mean something to them. Could be their favourites of all time, or albums which led the writer to discover even greater musical riches, or an album cover, or a dearly-held memory which listening to the album conjures up again. It's a fairly loose brief that will, I hope, inspire some slightly unexpected selections, rather than a bunch of rare shit designed to impress the reader. And because this ain't a democracy - it's a blog - I reckon I'll get the ball rolling.

As I mentioned in the introduction, the brief for 'Five Albums' is loose - just how I like my pants. I've decided to run with five albums which hold very fond memories of my youth. None of these will be unknown to you, as that's really not the point. These albums may well mean something to you too. If not; if you read this list and think 'What a crock of mushy old shit!', well, get down off your high horse and learn how to have fun again, will you?! 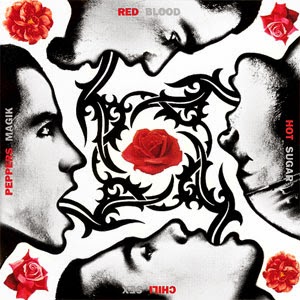 I only recenrly began listening again to Blood Sugar Sex Magik, possibly for the first time in more than ten years. Yet, as soon as the first notes of opening track The Power Of Equality drop, I'm magically transported straight back to my fifteen year old self trying to duplicate Chad Smith's drumming while jamming with my equally frenetic friends in the Waihi College music rooms. As you can imagine, at that age we were brimming with enthusiasm/piss and vinegar, and the sheer breakneck thrill of this seriously funky music was nothing short of intoxicating. (Hell, if George Clinton can get down with the Chilis, then y'all need to get yo' thumbs outta yo' butts!) As a drummer, I wanted to play like Smith. The interplay of the now-comfrotably-bedded-into-the-band guitarist John Frusciante and legendary bass player Flea was like little else I'd heard at that point. However, if I was tripping out over the music, Anthony Kiedis' lyrics blew my mind. Here was this guy not just singing about sex, but with multiple women and in graphic detail. The track Sir Psycho Sexy has a verse about a female traffic cop who pulled the protagonist over on an L.A. freeway, and exactly what he did to her over the bonnet of her own patrol car. At fifteen, I was gobsmacked. I was certainly aroused. And I was converted. I wanted to be in this band. Now? Well, maybe not so much, but I still love this album, not least because it reeks of youthful enthusiasm and speaks of a world almost any fifteen year old male would give his left nut to inhabit. 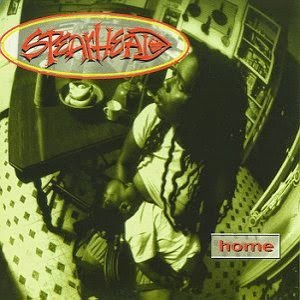 Michael Franti has had some history. Some will recall the Disposable Heroes Of Hiphoprisy and their particular brand of politicism, but it was his debut album under the Spearhead name which is most often found in my CD player. And I don't mean in comparison to the Disposable Heroes, I mean more or less in general. Funky, loose-limbed, live instrumentation snakes throughout the album, allied to a more lyrically laidback Franti as he laconically drawls his way through songs about his favourite historical figures re-imagined as an all-star basketball team, and what he would do if he discovered he was HIV positive. There are moments of strong socio-political commentary (probably more socio- than political, mind you), but as a general rule there are more smile-inducing moments than calls to arms. While Franti went on to record more albums in a similar style under the Spearhead brand, I love this album as it recaptures the spirit of many, many youthful summers. 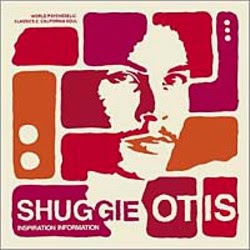 I really can't recall the first time I heard Shuggie Otis, but little else I've heard since has made me as happy, so effortlessly. I think Sparkle City may well be my favourite song *ever* but in terms of a 1-2-3 opening salvo, there aren't too many albums which carry the heavyweight currency Inspiration Information does. Child prodigy Shuggie (son of famed R&B bandleader Johnny Otis) recorded this album - his second - over the course of three years, and it was released in 1974. It wouldn't be too much of a stretch to state that it sounds as fresh today as it did forty years ago. And pretty much the whole thing was written, arranged, produced and recorded by a teenaged Shuggie. It's devastatingly clever musically, remarkably accessible and righteously funky. Besides all of that, the album also tore Sly Stone a new one, gave the Brothers Johnson their best-known single (Strawberry Letter 23) and pre-dated the stylistic totalitarianism of the likes of Prince by more than a decade. Listening to it now, you can hear the craftmanship, the engaging experimentalism, the love and the care that has been taken with the song writing and arrangement; hark! It is pop music! But nothing like the pop music we're exposed to nowadays. We should be so lucky. An so should've he. Shuggie Otis is one cat who never got his proper dues. If you don't own this album, you should remedy the situation immediately. Seriously.

Nb. Yes, I'm aware I've used the cover from the Luaka Bop re-issue of Inspiration Information rather than the original, but this is the version I found first, so it means the most to me. 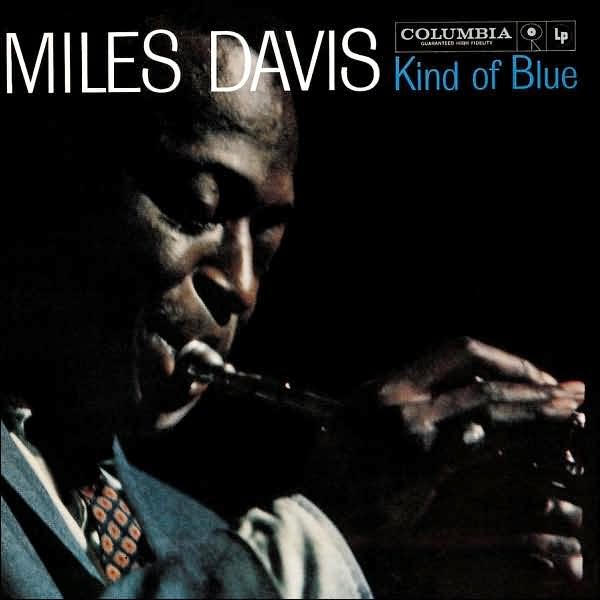 I've lost track of how many times I have bought this album: as a gift for friends and for myself; on vinyl and on CD; here in New Zealand and in both London (Intoxica, in the Portobello Road, no less) and Edinburgh while doing the classic Kiwi OE. Except on my OE, I could not be without a copy of Kind Of Blue. Now regarded as the best-selling jazz album of all time and described variously as "a defining moment of twentieth century history" and as a "cornerstone of any jazz collection", it's hardly a nerdy collector type choice to ake for this column. Do I give a fuck? Nope. I love this album. It's another of those albums whose opening notes - in this case, a handful of piano chords from Bill Evans before the supremely magical, floating bass of Ron Carter ushers in the sublime So What? - stir all of the golden memories of the music, the places where I heard the music and the people I was with when I heard the music. Proper music is that powerful. And Miles Davis is still one of the coolest motherfuckers to walk the planet.

Nb. I recall reading a story about the infamous producer and arranger David Axelrod meeting Miles Davis, at some point during the 1970s. Axelrod (a recovering alcoholic at the time) was introduced to Davis, who promptly handed him an almost-empty, lukewarm glass of beer. Then, when Axelrod was facing a third person in the group, Davis punched him hard in the stomach and left the room. 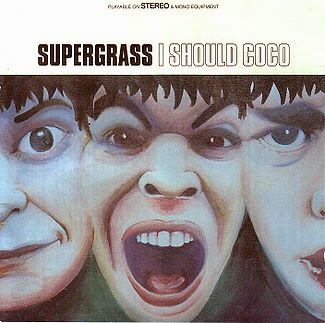 Supergrass
I Should Coco

By 1995 the young D.L. Carroll (you didn't really think my middle name was Nyntee, did you?) was a bloody rock n' roll hooligan, playing drums in a band with a group of young men who really should've known better. A few years out of school, a few years into university and living in the big smoke of Auckland city, and then I stumbled onto I Should Coco. Fuck me. Changed my life. It was like discovering The Buzzcocks, The Kinks and Supertramp all rolled into one three-piece band of teenage dirtbag punks. The energy, the willingness and the swagger was compelling, and while musically they weren't re-inventing the wheel, they were clearly having an incredible time smashing the shit out of their instruments, their voices - and their songs. I guess having played in a three-piece band and in a roughly similar style, my love for the album at the time was a purely personal (read: selfish) matter. But then, isn't that exactly what love is? Too much music I hear these days has had all the passion and the fun sterilised out of it, for whatever reason. I Should Coco is youthful enthusiasm times ten, and an impressive debut album by any measure.

And then yesterday I discovered an old battered copy of Dookie by Greenday in the glovebox compartment of my car, slipped it into the CD player and... oh shit, here we go again with the reminiscing about my (only slightly) mis-spent youth...