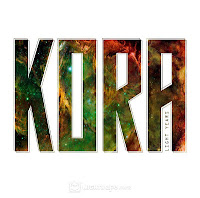 Music is a quite magical thing. One of the few art forms which has the ability to transport the participants to otherworldly places and spaces, music has a transformative quality which has rightly been celebrated throughout the ages, from Count Ossie's Rasta drummers to the whirling dervishes of the Middle East. And in Whakatane, on the East Coast of the North Island of New Zealand. Laughton, Francis, Stuart and Brad Kora, and brother-from-another-mother Dan McGruer, are among those few musicians capable of really moving a listener, and their self-titled debut album from five years back did just that. Hence there's been some pressure on them to prove it wasn't a one-off. So it'd be fair to say that Light Years has been more than merely eagerly awaited. As with all truly good music, the songs take a few listens to properly digest, and with lashings of layered keys and squelchy bass lines, there is a lot to take in. They call it "Alien Funk", which seems appropriate, as many of these tracks have their heads in space, crackling the kind of electric energy Kora have become famous for. There's more hip hop and electronica and less metal than on their debut, but that seems a logical - and welcome - progression for a band still unafraid of breaking out the guitars. Beyond all of that though, this is pop music: a diverse and intoxicating cocktail of future funk and soul science, making for some seriously spaced-out - and really, really good - pop music magic.

Check out the track Dream Life here, or in the player below.