Review: Bobby Womack 'The Bravest Man In The Universe' 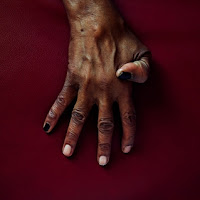 BOBBY WOMACK
The Bravest Man In The Universe
[XL]

Bobby Womack has really lived. In a fifty-year singing, song-writing and guitar-playing career, he's seen soaring highs - working with Ray Charles, Aretha Franklin, Elvis Presley, Sly & The Family Stone, Janis Joplin, among others; the success of songs like Across 110th Street, Lookin' For A Love, Woman's Gotta Have It - and terrible lows, inlcuding the loss of one infant son and tragic suicide of another, aged only twenty-one; his own prolonged drug addiction issues; and the furore created when he took up with and married former mentor Sam Cooke's still-grieving wife only a month after Cooke was gunned down. (To say nothing of almost being shot by Cooke's widow after she found Bobby in bed with Sam's daughter some time later.) So, it's only natural that Womack is capable of conjuring up some of the most emotive, heart-wrenching and plain believeable vocal performances of the past few decades. What's a little surprising is just how alive and vital Womack sounds here, on an album orchestrated by Damon Albarn (Gorillaz, Blur) and Richard Russell (XL label boss and the man behind Gil Scott-Heron's triumphant exclamation mark of an album, I'm New Here). While much of the instrumental backing on The Bravest Man In The Universe seems similar to that found on Scott-Heron's final album - the influence of the xx, James Blake and post-dubstep in general, apparent - it's not at all overwhelming. Womack's rugged, craggy voice imparts everything we need to know about a man who may not be as famous as some of his peers, but is undoubtedly one of the most enduring of them all. Ultimately, though a thoroughly worthwhile and enjoyable listen, there are too few moments which rise above being merely very good. The Bravest Man In The Universe is an ambitious project, which takes Womack well out of his comfort zone, in a musical sense. While that's admirable, the best moment here is essentially just Womack with a guitar. You can draw your own conclusions from that.

Have a listen to Murry Sweetpants and myself chatting about this album on Murry's Breakfast Show on Radio Ponsonby.
Posted by Your Bro 90 aka David Carroll at 10:41 PM